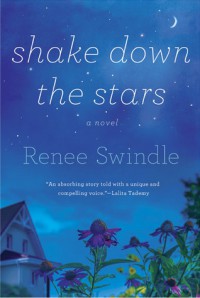 This is what happened when I opened my mailbox to find FULL CIRCLE waiting there...

Why the jig? Because Full Circle is the fitting end of a series that began with three best friends – Denise, Cooley, and Carmen – at Freedom University, and finalizes the family they've made with Lena, Misha and Nic. What happened in the three previous books – Choices, Consequences and Crossroads – comes completely together in Full Circle and is so good it's worth the back-and-forth these characters experience page after page.

At first reading, it seems as if everybody is living in the past. Lena, mother to 4-year-old Bria, can't help thinking about the what-ifs with Denise, only because she's single and hasn't had a relationship since Crossroads' Terrin. Seeing Denise everywhere – on TV, in movies, on gossip blogs with her girlfriend Farih – only furthers the helplessness she feels about her mundane life. Thus the pining begins...

Denise, the once-college basketball star, is rising actress in New York and also a part of a powerful lesbian couple with girlfriend/model Farih. Dubbed the black Portia and Ellen, their life appears magical, but behind the scenes, Farih is obsessed with reviving her waning career at Denise's expense. All Farih cares about is being back on top, and it leaves Denise time to wonder why she and Lena couldn't make it work. Seeing Lena in Atlanta brings those feelings back, and again they circle around one another without landing the plane...

Meanwhile, Cooley is still on the grind as manager to both Denise and Sahara, her long-time girlfriend. Cooley has settled into a great relationship with Sahara, something we never could have predicted based on Cooley's playa mentality three books ago in Choices. Cooley thinks Sahara is the best thing since sliced bread, and would give her just about anything – her heart included. So when something sinister happens to test Cooley's love, we find out whether Cooley slips back into her trademark way of using sex as a band aid, or trusts that being in love can help you get over the hurt. Let's just say the growth from Choices Cooley to Full Circle Cooley is tremendous. She's not the same, and though she slips, she never falls. Skyy truly shows Cooley's growth as a character.

Things get more complicated when Misha is back in the picture. Cooley's first girlfriend, the first one she ever gave her heart to, is back hanging with the Freedom University crew, still married with a husband and son. There are so many things she had to give up to be married – her education, her career, her dreams, lesbian pussy – that she wonders if it's all worth it. Her husband is stifling her in the worst way, but this is the life she wanted when she left Cooley, right? Right?

Back in Memphis, Carmen is set to walk down the aisle to Nic, her hardworking stud. They've settled into domesticity, and along with her tedious job as a teacher, Carmen finds her life boring as compared to Denise and Cooley's fast-paced, sumptuous careers in entertainment. They can afford things Nic can't, and though she would never trade Nic for anything, her envy could ruin her impending nuptials. All she wants is the fairytale wedding...

I truly enjoyed this book. Full Circle is just a fun, thoughtful read. It’s a page-turner, and definitely something that will get readers talking. The writing, though slack in parts, is some of the best Skyy’s done.

In this final book, she gives readers what they wanted, and if you’re a true fan of Skyy, Full Circle is a fitting end to a series you’ve followed for six years. Skyy built characters we love for better or worse. Despite their many faults, we’ve trailed from undergraduates to grown women, seen their mistakes, yelled at them when they just couldn’t get it right (yes you, Lena!), cussed Cooley every which way, and shed a tear when love brought them together (here’s looking at you, Carmen & Nic). You can’t ask for much better than that.

I wonder what characters Skyy will create next. She’s got a hard act to follow, but I think she can do it. Whew! There was a lot going on this book. I gotta marinate on this one.
Tweet

I am Your Sister: Season 2 I loved this story. Though the plot meandered a small bit and I wasn't wild about the ending, the sensational characters more than make up for it. Easily one of the best books I've read this year.
Tweet Though some pieces didn't come all the way together, Best Lesbian Erotica 2013 is a good collection of stories. The passion was felt. I would rate it more than 3.5, but almost 4.
Tweet I loved it. I would love for Joshilyn Jackson to do a sequel and revisit these women.
Tweet

It Can Happen To You

Consisting of three very short stories, It Can Happen to You is an entertaining read. The writing was, on occasion, a tad choppy, as it jumped from one scene to the next too fast, but Phette Ogburn keeps you wanting to know what happens next.
Tweet Just read this in one sitting at Barnes & Noble. Amusing bookseller anecdotes and some laugh out loud moments. Kept me entertained and I learned something, as well. I would definitely read the sequel.
Tweet

Judging a Book by Its Lover: A Field Guide to the Hearts and Minds of Readers Everywhere

As much as I wanted to fall in love with this book about book lovers, it was hit-or-miss for me. There are parts that I was like, "Yesss, Lawd!" when talking about the exquisite joy of used books and sharing with a common bond with fellow readers. Other parts just dragged on and on, like the chapter about how to fake like you've read famous books (some were books I could care less about impressing someone with). Based on the book's title, I expected Lauren Leto to be snarky (which I don't mind), but her pretentiousness also came through and rubbed me the wrong way sometimes. The best of Judging a Book By Its Lover are Leto's personal anecdotes: being a nerd, just wanting to be left alone to read, her grandparents' love of books passed down to her. If she had given me more of that, and not endless lists describing what you've read says about you and what book to gift someone, I would have been more than fine with that. Because I am interested in what you read, Lauren...so stop trying to impress me.
Tweet

Batshit crazy!!! Oh, and I wasn't crazy about the ending, either.